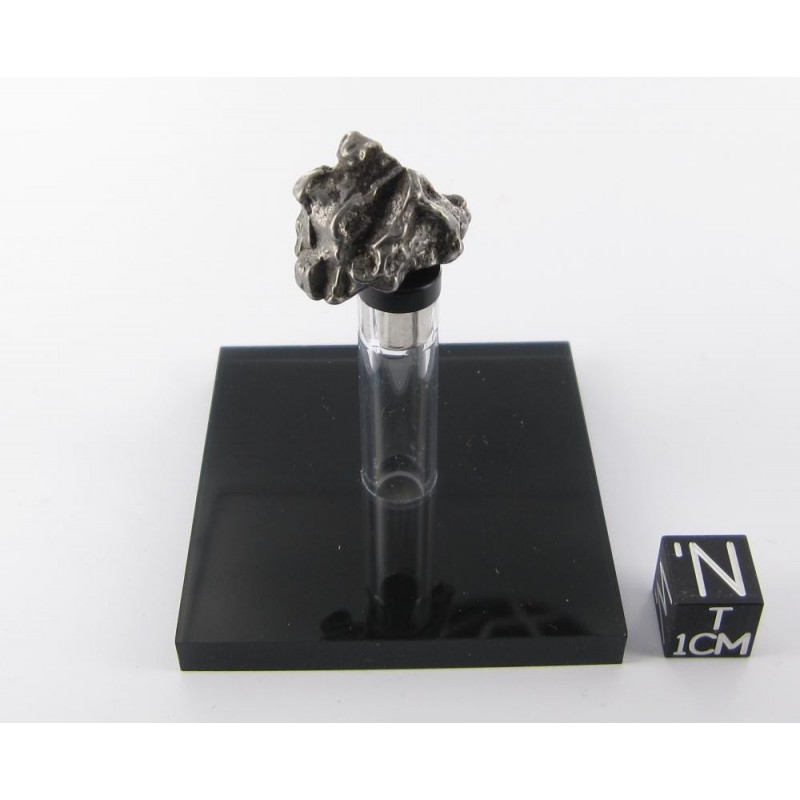 Iron Meteorite With Magnetic Base For Display

A Perfect Gift for Space Lover

Own a Genuine Iron Meteorite

The base is magnetic, the iron meteorite fixed by a small strong magnet can be easily removed so you can hold the meteorite in your own hand!:

About this iron meteorite:

The mass of about 1000kg, of which the 1400lb mass in the Nat. Hist. Mus. London is the greater part, was found in 1803 at Runa Pocito, Campo del Cielo, Santiago del Estero. Some pieces of this mass have been heated and forged, V.F.Buchwald, Handbook of Iron Meteorites, Univ. Of California, 1975, p.373. Many other masses have been found in the Campo del Cielo near the boundary between Santiago del Estero  and Chaco Nacional.