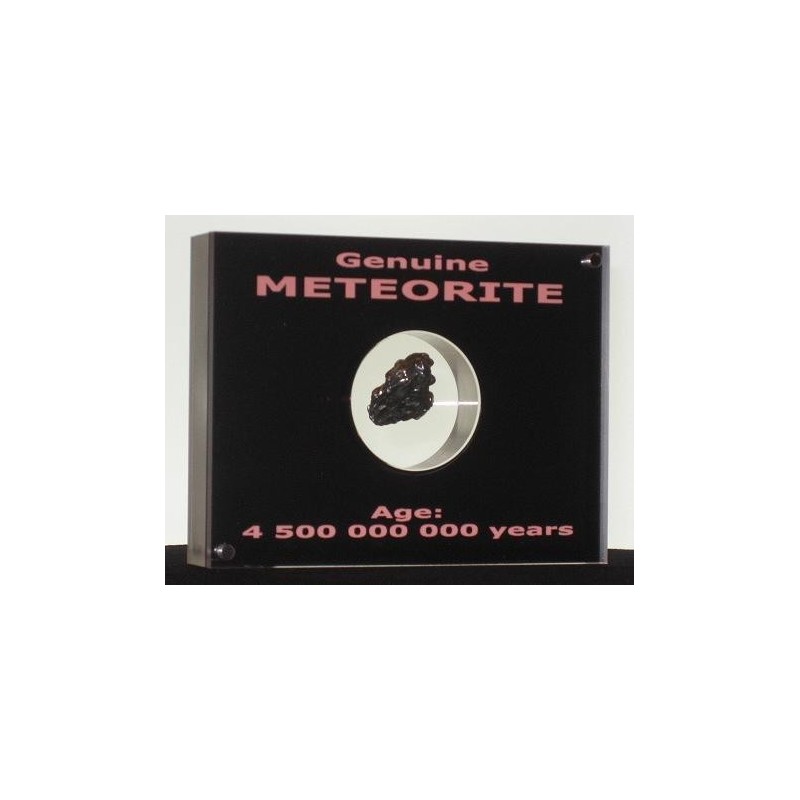 This unique, high quality, showcase has a Genuine Meteorite in it and can be used as a paperweight, a classroom specimen, or an amazing conversation piece.

The display provides a showcase for the meteorite and its magnetic closure opens easily. When the showcase is open, the meteorite fixed by a small strong magnet can be easily removed so you can hold the meteorite in your own hand! The magnificent details of the encased meteorite are sure to amaze you and would make a perfect gift for Space Lover!