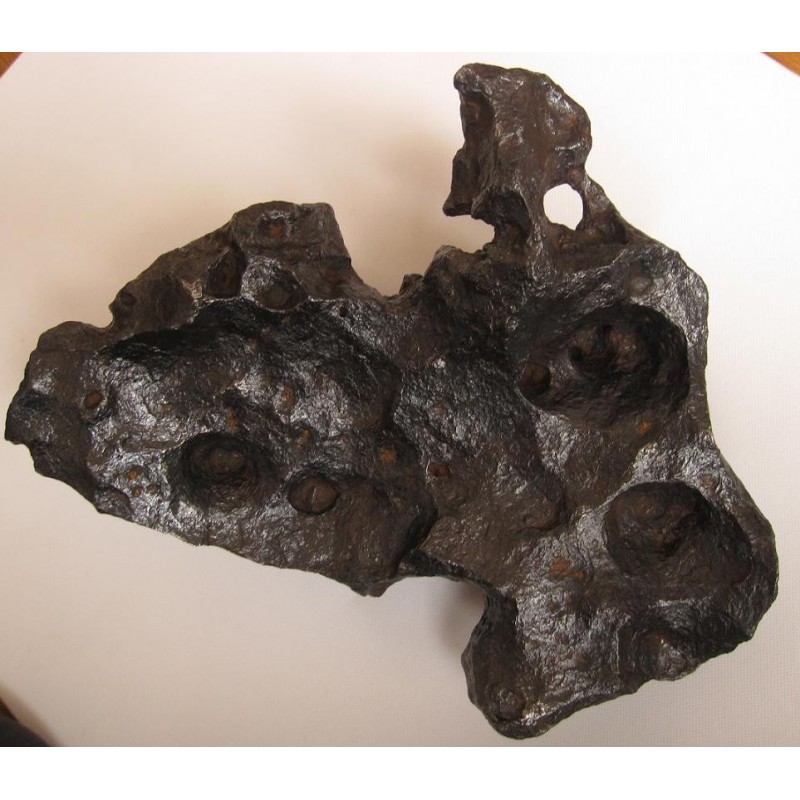 Meteorite from the Meteor Crater in Arizona

Specimen With Great Shape and Hole

This meteorite was found close to the Meteor Crater in Arizona, the first proven, and one of the best-preserved meteorite crater on Earth.

The Meteor Crater is a meteorite impact crater located in the northern Arizona desert of the USA. The site was formerly known as the Canyon Diablo Crater or as Barringer Crater in honor of Daniel Barringer who was first to suggest that it was produced by meteorite impact. Chunks of nickel-iron fragments, as this specimen, ranging from gravel size to blocks weighing up to 640 kg (1,400 lb), have been recovered from the debris field surrounding the crater.