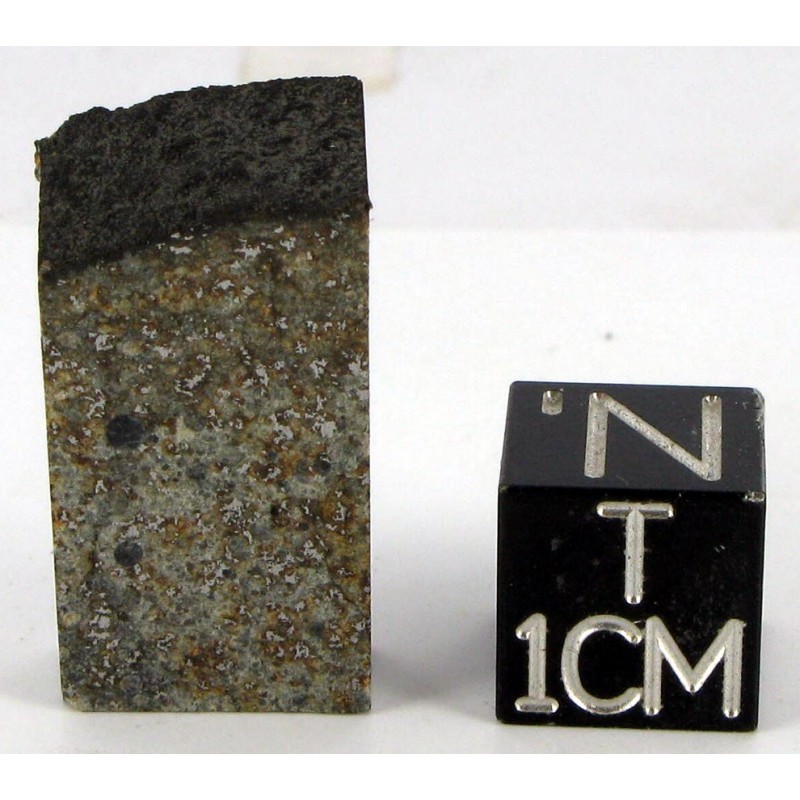 Cut from a piece traded by Jim Schwade with Smithsonionan

History: The lost city meteorite is the first fall to be photographed in the USA. Three stations of the Prairie Meteorite Network, a system of 16 camera stations in seven Midwestern states run by the Smithsonian Astrophysical Observatory, recorded the Lost City fall on Jan. 3, 1970 and photographed the track of the meteor after ten years search.

The photos enabled scientists to reconstruct the meteorite's orbit and determine that it originated in the main belt. Six days later a 9.8kg specimen was found. In total four fragment for ~17kg where located.