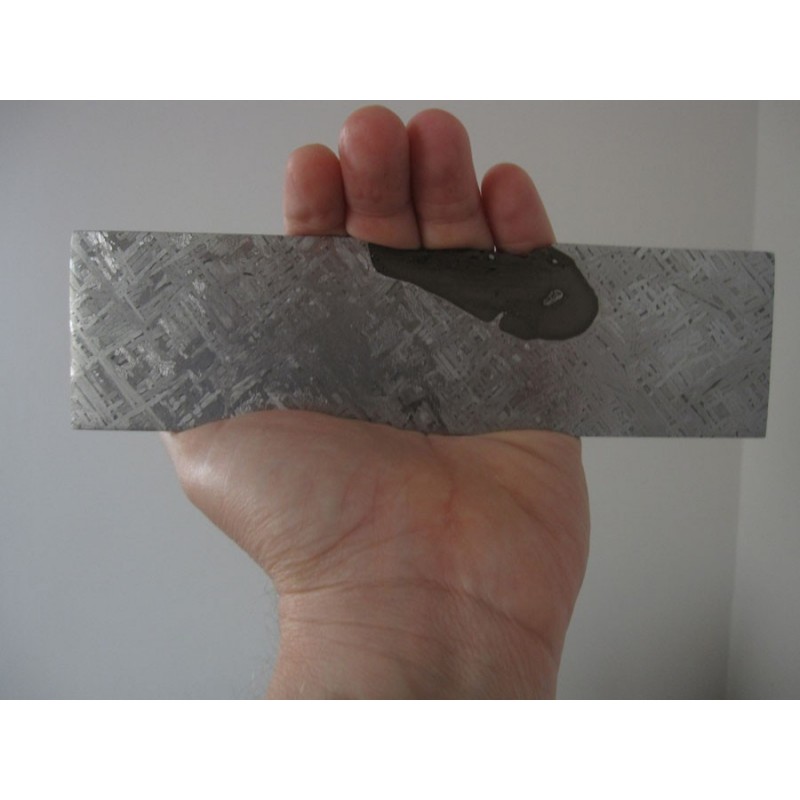 Polished and etched both side

Slice with large troilite cut from the large Agpalilik mass of Cape York, a 22 ton mass of iron found by Vagn F Buchwald in 1963 in Greenland.

This meteorite was made famous by arctic explorer Robert Peary. Several large masses have been recovered, named "The Woman," "The Dog" and "The Tent" or Ahnighito. The Tent is the largest with a weight of more than 36 tons and is on display at the American Museum of Natural History in New York City.

Artifacts made from this meteorite such as knives, axes, spear heads and harpoons have been recovered from archeological sites in Greenland and North America. Knives of iron with bone handles were given to Capt. John Ross in 1818 by the Esquimos of Prince Regent's Bay, John Ross, Voyage of Discovery in Baffin's Bay, London, 1819, p.102-118.