Stony-Iron Meteorites Dating back to the early days of meteoritics, the class of stony-iron meteorites represents a somewhat anachronistic category. It comprises several chemically and genetically unrelated classes of meteorites that have just one thing in common – they are composed of approximately equal parts of nickel-iron metal and different types of stony components. Several groups of chondrites and achondrites would fit neatly into this definition, e.g. the bencubbinites or the lodranites, and several silicated irons could be regarded as true stony-irons too. However, modern meteoritics assigns just two groups to this heterogeneous class, the pallasites and the mesosiderites, both detailed in our classification scheme, and in their respective sections. Stony-iron meteorites are less abundant than their stony and iron cousins are. Taken together, all pallasites and mesosiderites comprise a total known weight of about 12 tons, representing approximately 1.8% of the entire mass of all meteorites known. This low abundance is also reflected by their fall-ratio; when compared to the other major types of meteorites, stony-irons are exceptionally rare, representing just 1.5% of all witnessed falls. 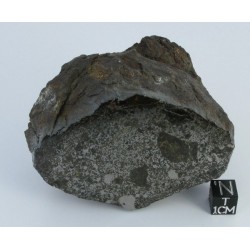 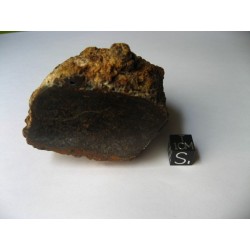