Siderites “Siderites” is a term dating back to the early days of meteoritics, deriving from the Greek word sideros standing for (meteoritic) iron. We re-introduce this term here mainly to fill a gap, and to find a term that encompasses both, the stony-iron meteorites (the pallasites, and the mesosiderites), and the holosiderites (true iron meteorites). We are aware that this term might be regarded as misleading, especially since some members of this group represent samples of differentiated worlds (mostly asteroid cores) while others are meerly products of partial melting or partial differentiation. However, this also counts for the various subgroups of iron meteorites, and it would take at least a 3D animation to show the actual complex relations bewteen iron meteorites and other classes of meteorites as well as their respective degrees of differentiation. Short: the “class” of the siderites comprises several chemically and genetically unrelated classes of meteorites that have just one thing in common – they are mostly composed of metallic nickel-iron. While the subgroup of the stony-irons consist of approximately equal parts of nickel-iron metal and different types of stony components, the iron meteorites are more or less pure nickel-iron. 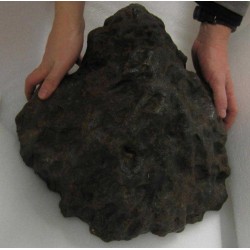 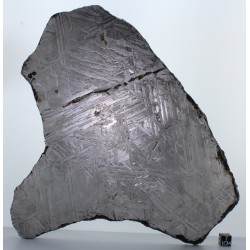 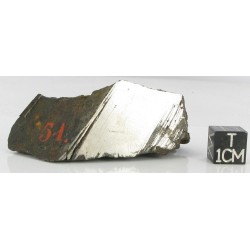