Types of meteorites: Classification of Meteorites Since the beginnings of the science of meteoritics in the late 18th century, several schemes have been developed to categorize the various meteorites in our collections. The most popular of these classification schemes is based upon the primary composition of each major group, dividing all meteorites into three main classes: stony meteorites, stony-iron meteorites, and iron meteorites. Several subgroups have been subsequently assigned to each of these classes, just to cope with the difficulties, and discrepancies that were brought about by this over-aged classification scheme - a scheme that is still widespread in the respective literature, scientific publications, as well as on most meteorite-related websites. Modern meteoritics has a more sophisticated view, and provides us with new classification schemes based upon the formation history, origin, mineralogy, chemism, and also upon the more subtle isotopic compositions of each meteorite class, clan, and group. According to these schemes, meteorites can be basically divided into two main categories: primitive meteorites, representing more or less primordial matter, and differentiated meteorites that have been processed and changed during time, similar to the rocks and minerals on our own planet that have been differentiated by igneous processing, and other forces. Have a look at our classification index for a brief overview. Primitive Meteorites Most primitive meteorites belong to a class called chondrites, and chondrites do not only represent the most common type of meteorite, but also some of the most primitive matter known. They are more or less undifferentiated, primordial matter that has remained nearly unchanged for the last 4.5 billion years. The chondrites formed simultaneously with the central star of our system, the Sun. It is thought that small droplets of olivine and pyroxene condensed and crystallized from the hot primordial solar nebula in form of small spheres that we call chondrules. This process of solidification and crystallization is not completely understood, and different scientists suggest different theories for chondrule formation. However, they all agree that those chondrules accreted with other material that condensed from the solar nebula forming a matrix, and of course, the larger parent bodies of those primitive meteorites, i.e., smaller and larger asteroids of chondritic composition. In their chemical compositions, chondrites and other primitive meteorites, such as primitive achondrites, resemble the Sun, depleted of the most volatile elements like hydrogen and helium. However, the distribution of elements has not been uniform in the primordial solar nebula - elemental composition varied as did the conditions under which the chondritic parent bodies formed. Different asteroids formed in various regions of the primordial solar nebula under different conditions. Those parent bodies were further subjected to different thermal and chemical processes as well as to impacts with other asteroids resulting in a variety of chondrites, and primitive achondrites which have been categorized into several clans, groups, and subgroups by modern meteoritics and cosmochemistry. We will elaborate on most of these clans and groups on the respective pages. Differentiated Meteorites Primitive achondrites mark a borderline between primordial and differentiated matter as they retained the primitive chemical and isotopic patterns of their chondritic precursors while having changed their overall texture through partial melting and moderate igneous processing. Their respective parent bodies were probably just too small to amass the necessary amount of Al26, the radioctive element that has been responsible for the initial heating, melting, and processing of all asteroids, planetisemals, and planets in our solar system. They also lacked the mass to retain the initial heat, and cooled very quickly, leaving the primitive achondrites as a witness for an uncomplete differentiation. Larger bodies with enough mass completed the process of heating, melting, and remelting to various degrees, leading to the separation of the more heavy elements, such as nickel and iron, to form a core, and the lighter elements, and minerals, mostly silicates, to form an outer mantel and crust. The terrestrial planets, such as Mercury, Venus, and Mars, are the perfect examples of a completed differentiation process, but also our own Moon, and a few asteroids belong to the group of the differentiated parent bodies. Contempory research has proved that some classes of evolved achondrites actually represent the outer crust, and the mantle of the planet Mars, the Moon, or the asteroid Vesta, one of the largest asteroids in our solar system. However, some worlds had to be destroyed to reveal their initial degree of differentiation. Samples of such worlds, disrupted by violent impact events, and cosmic collisions, are the siderites, subdivided into the stony-iron meteorites, and iron meteorites. While stony-iron meteorites, such as the most intriguing pallasites, are thought to represent the core-mantle boundary where silicates and metal mixed in intriguing patterns, some iron meteorites are thought to actually represent core samples of differentiated asteroids that had been disrupted in the early days of the formation of our solar system. Have a look at the respective pages to learn more about the classes, clans, and groups of differentiated meteorites. 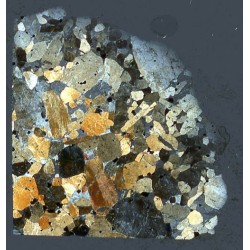 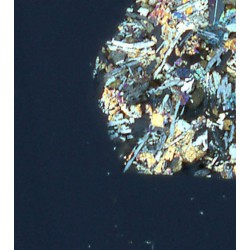 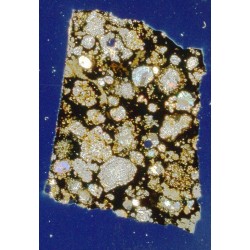 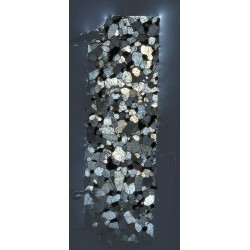 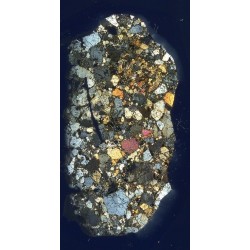 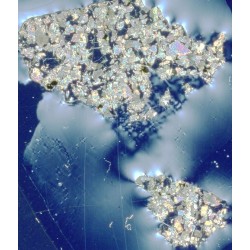