Winonaites for sale. The achondrites of this group are named for a most unusual find. The Winonaites are composed largely of fine-grained pyroxenes, minor Mg-rich olivine, the iron-sulfide troilite, and reduced nickel-iron metal. Winona meteorite was recovered from a stone cist on an Indian burrial ground, near to the ruins of the prehistoric Elden pueblo, Arizona, in 1928. The circumstances of the find suggest that the builders of the pueblo treated the meteorite like a living being, and burried it after they had actually seen it fall. Even our modern Western science has to admit that Winona is special; it became the namesake for an exceedingly rare group of primitive achondrites. 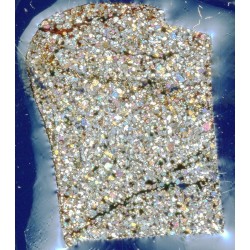