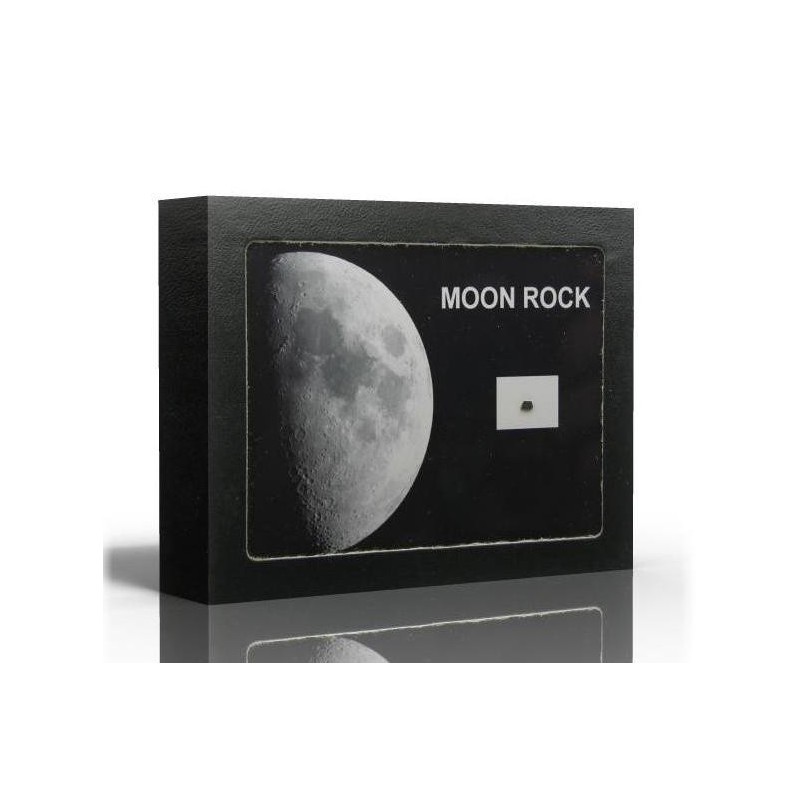 Own your little piece of the moon

Accompanied by a certificate of authenticity

The piece of the Moon was cut from the lunar meteorite named Dhofar 461 originating from the Moon.

The lunar origin of the meteorite was proved by Paul Warren and A. Rubin from UCLA (Institute of Geophysics and Planetary Physics, University of California, Los Angeles, USA). Analysis by the researcher Paul Warren has revealed this meteorite to be a piece of the Moon ejected into space by asteroid impact.

There are fewer than 50 meteorites known to be pieces of Earth's Moon (lunar meteorites). The total weight of all recovered moon meteorites is less than 16kg (compared to thousands of tons of high cutting quality diamonds are found each year).

Lunar meteorites are highly unique and precious treasures from space.

Information on the Lunar Meteorite Dhofar 461: The Lunar meteorite Dhofar 461 is paired with the Dhofar 026 previously interpreted as an impact melt. Detailed studies of the rock and comparison to Apollo lunar samples 15418 and 60017 indicate that the rock instead is a shocked, partly melted, granulitic breccia.