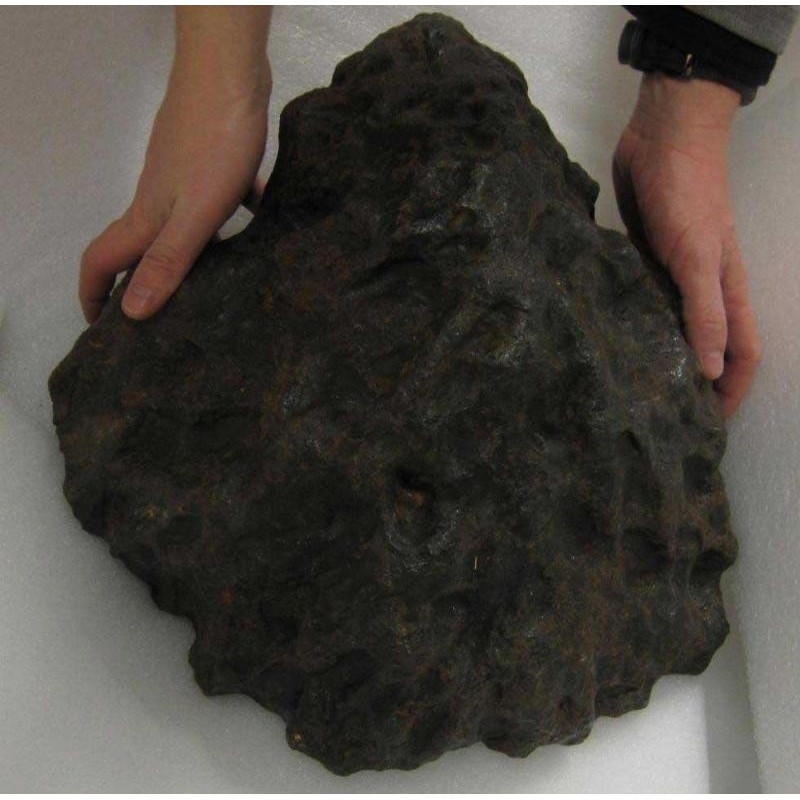 This is the largest meteorite offer with orientation. We offer a Campo Del Cielo meteorite shield-shaped individual with regmaglypts radiating from the apex. With stable orientation during it's atmospheric flight, the ablation has formed a shield shape and this is why the regmaglyptes are elongated from the apex to the edge and in fact flare away from what was the lead edge of entry. The back at the opposite of the apex is almost flat. This meteorite was softly brushed about 8 years ago and never cleaned since so it can be cleaned easily for better looking. The fusion crust is well visible in the bottom of the regmaglyptes, it was found in Santiago Del Estero where the campo are less weathered.