This is new witnessed shergottite fall (the first SNC witnessed fall in 49 years after Zagami) from the tata region near Algeria border. Several stones (totalling more than 10kg in weight?), were discovered several months after appearance of a fireball with cloud and detonations. The fall was in June or July and need to be linked (by measurement) to the several stones discovered later by nomads These measurements of short-lived cosmogenic isotopes) consist in several days of non-destructive gamma-ray counting. 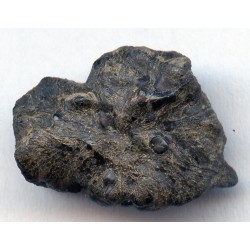