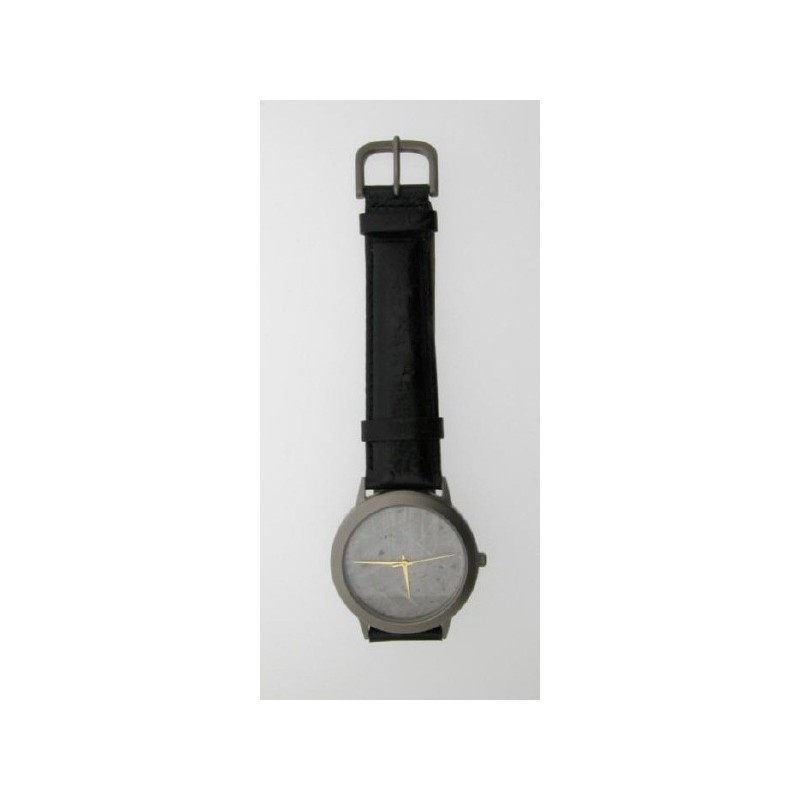 The Gibeon Meteorite, which fell to earth some 12,000 years ago in Namibia, Africa, is classified as an octahedrite. It is composed of taenite and kamacite, two different crystalline varieties of an iron-nickel alloy, which form alternating parallel crystal bands in a characteristic triangular pattern called Widmanstätten pattern.

Your water resistant & titanium case meteorite watch has been adjusted  and electronically timed by skilled craftmen and should give you excellent service. This watch is warranted for one year from the date of purchase against defective materials or workmanship.

Imagine a huge fireball with a long glowing tail streaking across the sky accompagnied by an intense light comparable to the sun. Thundering noises are heard followed by an explosion-like rumble as the meteorite collides with earth. The gibeon meteorite was discovered in a vast african desert close to Gibeon, Namibia in the early 1800's. the total fall was approximately 150 tons of metal composed of 92% iron, 7.5% nickel, and the remaining 0.5% in trace minerals. Upon impact, the meteorite broke into countless smaller pieces which were scattered over 200 square miles.

Gibeon is a metallic meteorite (treatment with acid causes patterns of Widmanstätten to appear on the surface). The crystalline pattern, is naturally occuring in outerspace upon the cooling of iron and nickel in an environment with little to no gravity. These conditions cannot be recreated on earth due to the slow cooling rate, an estimated 1 degree celcius in a million years.